Photos of cars past and present. 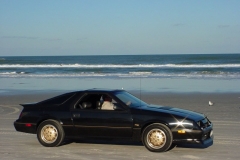 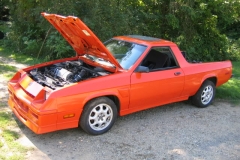 84 Dodge Rampage turbo purchased in January of 2010. Shelby-ized using an 87 Shelby Charger donor car. Has 2.2 turbo drivetrain and all the Shelby Charger suspension bits. Car came from Michigan and is pretty rusty underneath. Right now it\'s an unfinished project. 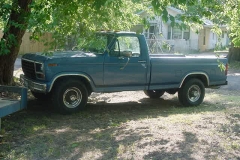 Photos of my old 64 Ford Galaxie 500 XL hardtop. Originally it was a Z code 390/4 speed car, but later was rebuilt as a lightweight clone and powered by a 460/C6 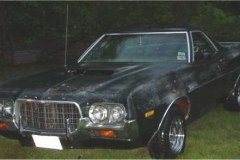 72 Ford Ranchero powered by a big block 400 backed by an automatic. Rebuilt with a 292 duration camshaft, long tube headers, and single plane Edelbrock streetmaster intake topped by a Holley carb. 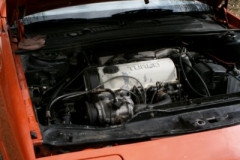 88 Dodge Daytona Pacifica. 2.2 turbo/5 speed. Originally I bought it as a parts car, but it was too nice to destroy so I held onto it for a while before finally selling it in late 2005. 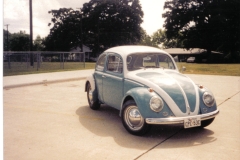 1960 Volkswagen Bug, powered by the original 36 HP engine. I got this car in my early teens from SE Iowa and we towed it all the way back to NE Texas and restored it. Later on I added a 66 Baja bug, a 67 Bug, and two rail buggies to the collection. All were later sold as a package and I used the funds to buy the 86 Daytona. 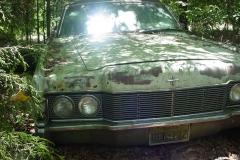 Photos of my 68 Lincoln Continental, which was stolen sometime before August of 2010. Car is a 4 door sedan with suicide rear doors and is cameo green in color with a few grey and rust colored primer spots on body. Older Texas license plate number UCF-132 and Vehicle Identification Number 8Y82G804408. If you\'ve seen this vehicle please call the Titus County Texas Sheriff\'s Office at 903-572-6641. Reward for information leading to the arrest of a suspect and recovery of the vehicle. 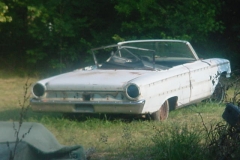 63 Galaxie Convertible. I saved this mostly stripped parts car from the crusher back in 2002 or 2003 and it went to a new home in the fall of 2006. This was originally a fully loaded XL car with every power option. 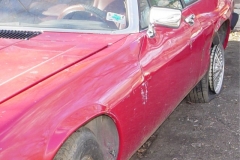 1979 Jaguar XJS with a 350/350 conversion. I saved this from the crusher in the fall of 2005 and sold it soon afterwards to a guy who wanted the conversion parts for one of his cars. 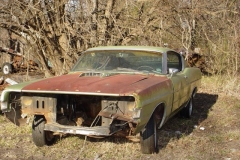 1969 Torino GT Fastback. This was originally a 351W/FMX powered car, but the motor & transmission are long gone. This car was going to be a friends race car project, but he decided to build a fox body Mustang instead. 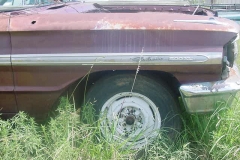